I was all set to make this a heavy, contemplative post about what a grim sentence renal failure is… and then, behind the dialysis center, after transporting a patient, I see this through the snow:

What can I say? C is for cookie, and that’s good enough for me. Good thing this wasn’t a post about diabetes.

There are two types of calls in EMS: “Oh Shit!” calls and “Bullshit” calls.

The Oh Shit! calls are obvious: Patient’s lung sounds can be heard from across the room when you enter. Patient is grey in color after a thirty foot fall and loosing consciousness. Patient is a one month old that can’t breathe right and is turning blue.

The Bullshit calls take a little more practice to identify.

To be clear, I’m not taking about the Bullshit calls where someone is just being a baby—the odd toothache, or the stubbed toe—I’m talking about the flat out fakers.

People who call 911 as a free taxi to the ER to get refills on their drugs… those are bullshit. (Now, as a disclaimer, I’m not judgmental. I have no problem with recreational drug use; I went to art school in the 90s. I get it).

But Jesus Christ, don’t call us when you need a fix.

For one thing, you’re not that good at acting. When I ask you what hurts and you say your pancreas; you’re just embarrassing us both. Especially if you can’t point to it.

And number two—and the reason for this rant—you are taking services away from people who really need us. Did you know, Mr. Pancreas, that yesterday while you were being chauffeured to the ER for the oxycodone you forgot to tell us you were on, some 12 year old kid was lying in the snow with a broken femur waiting for us to assemble a back up crew.

No you didn’t know that. You had all that pancreas pain in your chest.

And, again, I don’t care if you want to be that guy, but for Pete’s sake (Pete being my made up name for the kid who sledded into a tree) call a fucking a cab next time.

Or at least take an acting class. 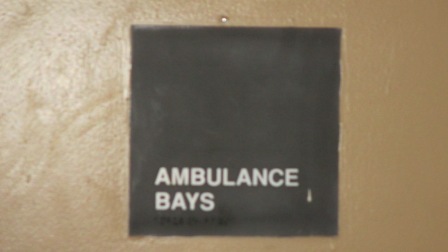 All and all, being an EMT isn’t that hard. Like the t-shirt says: “Air goes in and out; blood goes round and round”. Except for something about blood sugar and diabetics, that’s about the size of it.

(Medics, I guess have it a little harder. Needles, drugs, heart-monitors …).

But what about the guys who really keep us on the road? The mechanics?

I was in the garage yesterday washing salt off one of the ambulances (okay winter, you’re winning) and one of the mechanics was doing the equivalent of open heart surgery. Or a liver transplant. Or… I don’t know what I’m even looking at:

I’ve mentioned in previous posts that some of our trucks are embarrassingly shitty—and they are—but it is still worth admiring how they keep these babies on the road.

And speaking of the road … oh look it’s shitty and snowing out again. I guess that means I’m scheduled to work : (

Attend a few parades and pancake breakfasts in EMS, and you soon learn a hard truth: Fire trucks are way cooler than ambulances. Kids love ’em. Men love ’em. And oh how the ladies all swoon.

Ambulances. Not so much.

But yesterday we turned over care to the coolest rig around:

Technically, I think it’s an ambo. 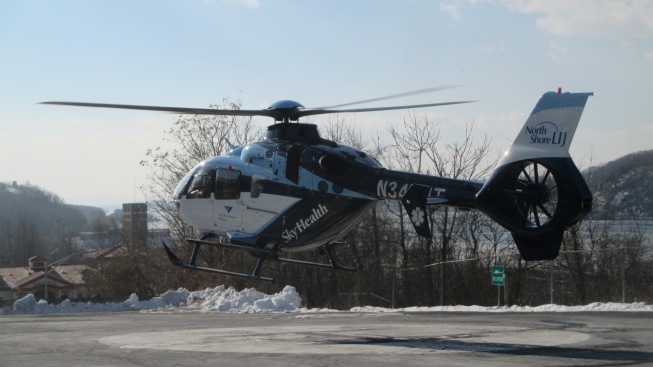 I don’t want to say my agency has some shitty trucks, but: 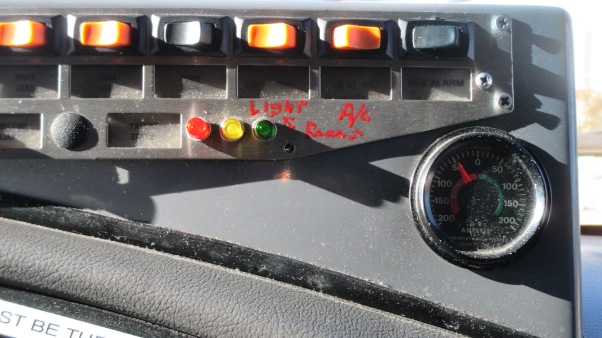 And that’s from a rig that doesn’t even have duct tape on the windshield.

Oh, well. At least we get some good views from the office: 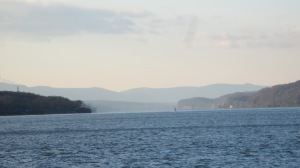 On New Year’s Eve, they had me working with one of the bosses.

Most EMTs around here hate getting paired up with the supervisor/medics. But not me. I’m old enough to not be intimidated. Also, I see it as a chance to shine; a chance to show the powers that be that I’m actually worth more than minimum wage.

I took an extra shift New Year’s Eve and the medic I would have been riding with, banged out. So they had me riding with “Tommy,” the number two boss: A real gruff medic of thirty years, who made it clear he “didn’t want to spend the night in a fucking ambulance”. 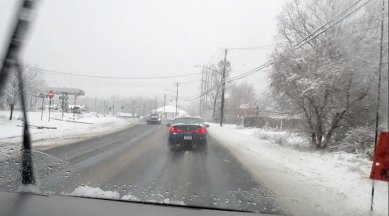 Ten minutes into our shift and we get a priority one job: Lights and sirens. No sweat for me. Driving—like I said in a previous post—is my favorite part of this job.

Since I’m in the driver’s seat, I grab the radio and tell dispatch we’re responding. Then I go to switch on the lights.

Every ambulance has a different arrangement of switches on the console, but generally its variations on a theme. This bus was different though. There was a main power button, and a lights on/off switch which was also hooked to a separate battery. I was kind of fumbling to get things going.

Finally, while flipping switches this way and that, I looked in my side mirror and saw that my lights were on. I put us in drive, hit the sirens and took off. 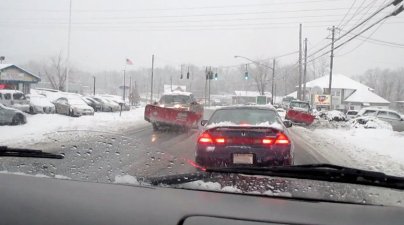 A few blocks down the road I stop at a stop sign and Tommy says something. Hard to hear over the siren. I assume he’s giving me directions. I clear the intersection and turn left.

“WHAT THE FUCK ARE YOU DOING?!” he shouts. I look over and his door is wide open to the street.

I stop the truck and he opens the door and climbs onto the running board to make sure the light-bar is going. (It is).

“You almost fucking killed me.”

“Sorry!” I say at least twice.

So that’s how our tour started. And lucky for me Tommy is a total pro. We finished the call without incident.

After we delivered our patient to the ER I knew I had to say something about what had happened.

“Sorry, I almost killed you.” I said, straight as can be.

I actually had him speechless for a second.

But only for a second: “You would’a been doing me a fucking favor”, he said.

After that they ran us all night without a break, and held us over an hour and a half to boot. I found out later, Tommy was over a week without a cigarette that New Year’s.

Guess, I won’t be asking for a raise anytime soon.

Happy 2015. I was going to have a post about working New Year’s Eve.

But why not start the year on a simpler note. Breakfast at my volly New Year’s Day:

And this is why EMS pants have elastic waistbands.

Bonus: Note the reflection in the microwave. That’s the search and rescue team.